Jama Masjid was constructed by Shah Jahan, the Mughal Emperor, between 1650-1656. It was inaugurated by Syed Abdul Ghafoor Shah Bukhari, its first Imam. It is located in Shahjahanabad, the Mughal capital (today Old Delhi), and served as the imperial mosque for the Mughal Emperors until 1857.

It is found in Shahjahanabad (the historic city that was once known as Old Delhi). The Red Fort and Sunehri Masjid are located across the mosque. Jama Masjid, which is considered the heart of Old Delhi, is surrounded by many commercial centers such as the Chandni Chowk. Nearby is the tomb of Abul Kalam Azad Azad, an Indian independence activist.

Jama Masjid is a popular tourist spot in Delhi. It is a religious shrine, but it is also known for its stunning architecture. It is one of the largest mosques India. Jama Masjid Delhi, also known as Masjid-i-Jahan-Numa is the mosque that reflects the world.

Jama Masjid's name is believed to have been derived from the word Jummah, which refers the holy gathering of Muslims to pray. It is found in Chnadni Chowk of Delhi. This is a popular spot to visit if you love shopping.

Jama Masjid Delhi, which was constructed during Shah Jahan's reign, was overseen by the Saadullah Khan.

No entry fee
Rs. 300 for Photography

It was constructed by Shah Jahan, the Mughal Emperor, between 1650-1656. It was inaugurated by Syed Abdul Ghafoor Shah Bukhari, its first Imam. It is located in Shahjahanabad, the Mughal capital (today Old Delhi), and served as the imperial mosque for the Mughal Emperors until 1857.

Long before the colonial period, Jama Masjid was considered a symbol of Islamic power in India. It also served as a political symbol during critical periods of British control. It is still in use today and closely associated with Old Delhi's ethos.

The older one, bestowed by Shah Jahan, is 'Masjid-i-Jehan-Numa,' roughly translating to "mosque commanding the view of the world" in Persian and Urdu. Another common one is the 'Jama Masjid,' which was popularized by the common population. In Arabic, it is translated as "congregational moschee."

Since Friday mosque (Juma Masjid) is where the congregational prayer takes place, it is used. It is not just a term for Delhi's mosque. Since the 7th Century, the term "Jama Masjid" has been used to refer to the community mosque throughout the Islamic world. Many mosques around the globe have this name or variants.

Jama Masjid boasts stunning architecture. It was built using red sandstone, marble. It consists of three majestic gates, four towers, and two minarets at the height of 40 meters. It faces west, which is the direction of holy Mecca.

The mosque terrace has three domes that are covered with black and white stripes. Two minarets surround these domes. The mosque can hold 25000 people and is accessible via three gates. It was built on an elevated platform. The courtyard's center is home to a purification tank to wash hands and feet before the prayer.

It consists of a large prayer hall with multiple entrances and an altar for the leader. You will also find inscriptions that provide details about the history of the mosque and Shah Jahan's reign.

The Jama Masjid was built by Shah Jahan, Mughal Emperor of Mughal India, between 1650-1656 at Shahjahanabad's highest point. Ustad Khalil was the architect, and around 5000 workers built the mosque.

In 1803 the British took Shahjahanabad. Although the Mughal Emperor was still the ceremonial imperial head of Shahjahanabad's mosque, Mughal patronage and power had greatly diminished. British policy in the city was favorable to its residents. The British carried out repairs and even renovations to Jama Masjid. In keeping with other mosques in Delhi, the Masjid served as a place for social and political discourse. For example, philosophical and theological debates were held between Christians and Muslims.

Jama Masjid is Delhi's main mosque and serves a mostly congregational purpose. Here, Muslims from the city gather to pray together on Fridays and for major festivals like Eid. The mosque is a popular tourist attraction and earns a substantial amount through foreign visitors.

In modern times, the mosque has continued to function as an independent political space. In 2001, the mosque was used as a protest site against U.S. bombings in Afghanistan. This protest took place in the wake of the controversial Citizenship Amendment Act. 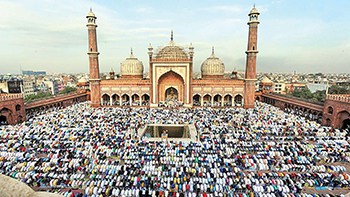 The prayer hall measures 61m in length and 27m in width. Three marble domes top the prayer hall's roof with golden finials. The prayer hall's facade features a large pishtaq at its center flanked on each side by five smaller, cusped arches. Some calligraphic items are located above each archway in the prayer hall. Seven mihrabs (prayer niches) are located on the western side of the prayer hall. These correspond to the seven bays that the hall is divided into. The central mihrab, clad in marble and intricately decorated, has a marble minbar (pulpit). The hall's floor is covered in black and white ornamented marble to resemble a Muslim prayer mat. 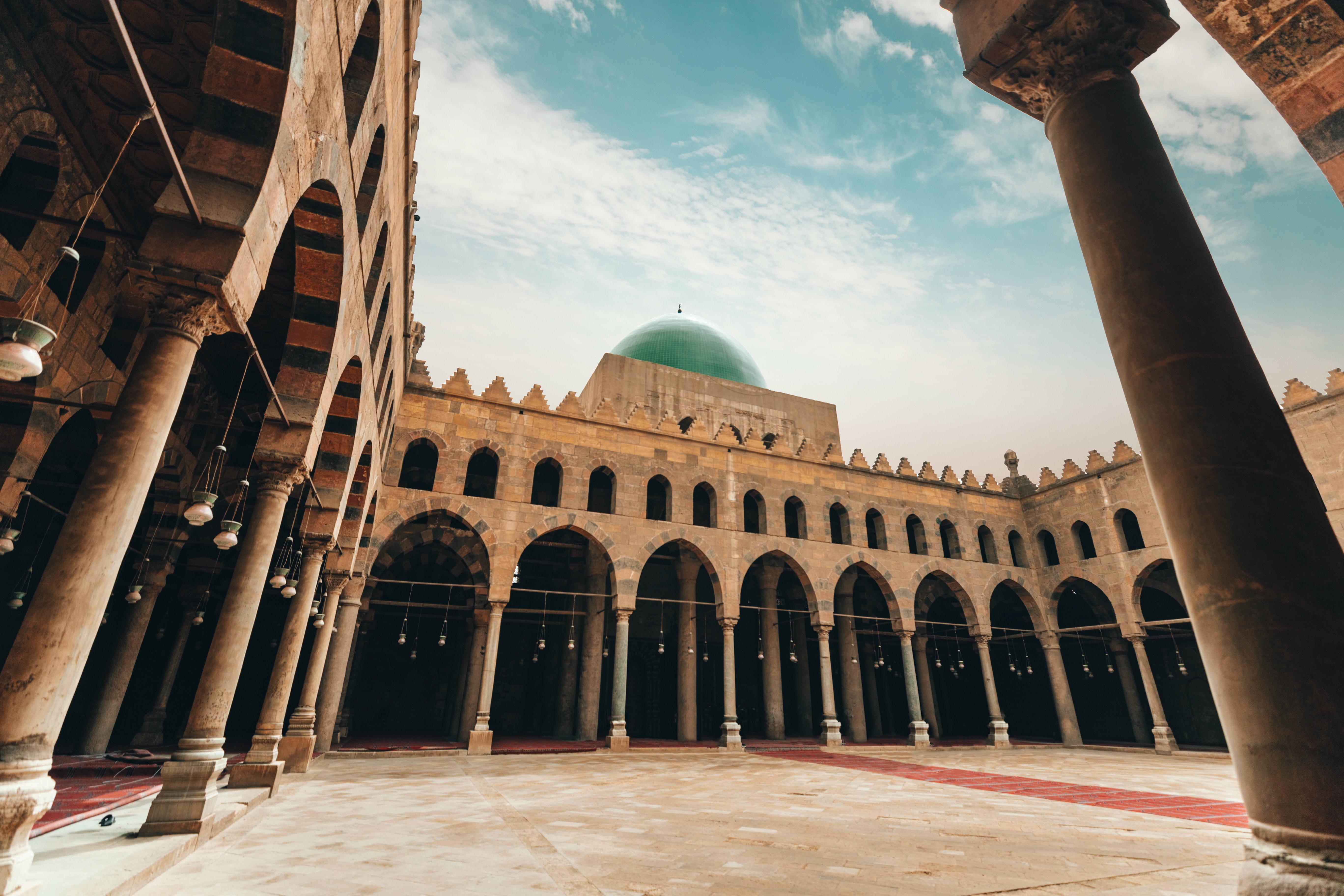